12 Simple Mistakes To Avoid as a Photographer 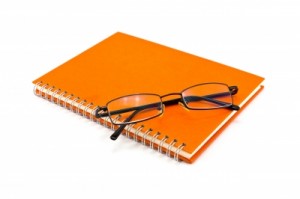 I always enjoy these type of articles. Since they give me a clear view of what I need to do exactly to improve my craft. Â But of course, there are probably things that you keep on doing that’s not in the list, better get your act together to avoid those angry unsatisfied customers. Â This article according to the writer atÂ medianovak.com was derived from Panasonic’s survey results. Enjoy!

12 Common Mistakes to Avoid to Become a Better Photographer

1. Panasonicâ€™s survey found that 35.2% of respondents said they have forgotten to check their cameraâ€™s batteries frequently, and experienced a loss of power.
2. Of all survey participants, 29.3% found that their biggest problem was learning how to hold the camera steady, which resulted in many blurry images.
3. The survey discovered that 22.7% of photographers had blurry subjects in their photos because the shutter speed was too slow.
4. The next largest group of photographers â€œconfessedâ€ that they forgot to compensate for shutter, or time, lag.
5. Itâ€™s no surprise that lack of focus is near the top of the list. Approximately 17% of survey respondents said many of their photos had the background in focus, but not the subject.
6. Underexposure was the sixth most common beginner and amateur photography mistake, at 19.3%.
7. Similar to the battery mistake above, 16.5% of photographers allowed their memory to fill, and suddenly had no space for the image they just tried to capture.
8. Itâ€™s a good bet that the 12.2% who said their biggest mistake was overexposure were also among the photographers who had overexposed photos.
9. Although white balance is near the bottom of the list, you may be like the 6.8% that make this mistake.
10. Only 10% of photographers surveyed admitted to incorrect pixel settings.
11. Shutter speed generated 5.4% of the responses, which makes sense if photographers were producing overexposed and underexposed images.
12. ISO, as one of the three elements of the exposure formula, is a common mistake for only 3.7% of photographers.

For the full article with suggestions on how to improve on these items, click here.